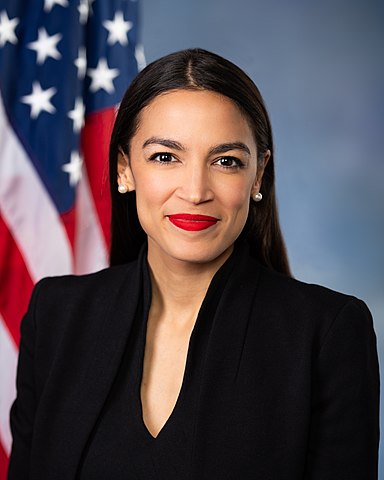 I have to admit that about the last thing I planned on doing this week was giving a shout-out to U.S. Congresswoman Alexandra Ocasio-Cortez, or, as she’s known to the country, AOC. Or any week. To be honest, we don’t share a lot of common ground politically.

But she just provided lessons and tips to people about how to analyze and potentially deal with a workplace bully–whether manager or coworker. And that–and her grit–I admire.

You’ve probably seen the stories about the ugly dust-up that AOC walked into this week with Rep. Ted Yoho.  If reports in the media are correct, Yoho confronted AOC outside the House chambers and let fly with a torrent of obscenities, some sexist comments, and generally not nice behavior to another human being–no matter what their differences might be.

A reporter was within earshot and reported on the incident.  Yoho understandably got crucified in the media over his behavior and even those tangentially connected to Yoho got cornered in the Twitterverse about whether they supported Yoho’s comments.  It was awful and appears to be all Yoho’s fault.

But then, instead of simply letting the matter go, AOC did not just enter into the crash position and continue in victim status.  She surveyed the landscape, saw a way to become better despite an awful experience and will surely utilize the comments and the incident to come out stronger.

She went on the floor of the House to speak out against anti-female rhetoric and positioned herself as a voice for all women. Here is the VIDEO of her speech.  She called Yoho out in a passionate speech and left him in the dust, as he offered a weak-sauce apology–kind of. You be the judge.

AOC won.  And will likely continue to win from this battle, because though she was clearly the victim of some awful comments, she sought the opportunity from the situation almost simultaneously with the hurt.  And if you don’t think she will turn this bad situation into political and personal gain, you underestimate this young, but savvy politician.  Some will surely be offended by my observation and see it as dismissive of the verbal attack she received, but I believe her pivot to move beyond being offended and instead benefit from the mistakes of her bully is to be admired.

What can you learn from AOC’s evaluation and actions?

If you’re victimized, protect yourself and watch out for your career.  But also look for the path that may make you stronger, more influential, provide lessons and new perspectives on how to succeed, or allow you to be in an even better role.

And, I understand, not every bullying victim has the platform of a member of the U.S. House of Representatives, but there are lessons to be learned.

As someone who wrote the book The Arsonist in the Office: Fireproofing Your Life Against Toxic Coworkers, Bosses, Employees, and Cultures to help people protect themselves and their organizations against bad behavior, I can assure you that self-preservation and victory can go together if you look for–and utilize–that silver lining.

Pete Havel is a keynote speaker, trainer, consultant, and author of The Arsonist in the Office: Fireproofing Your Life Against Toxic Coworkers, Bosses, Employees, and Cultures. He fixes organizational cultures, puts out fires, and provides leadership and workplace culture training on addressing bad behavior.  He can be reached at pete@petehavel.com or 855-NO-ARSON.