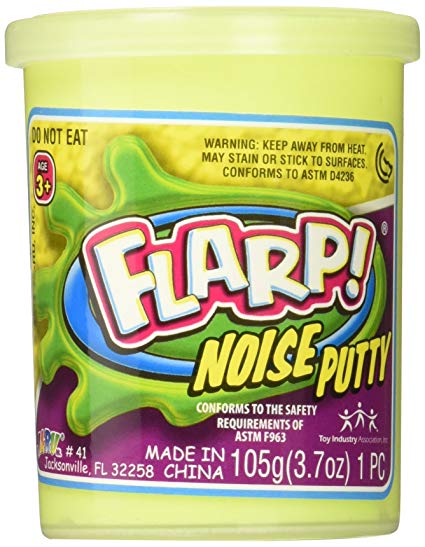 FLARP–Five letters that can take down your company

Home » Blog » FLARP–Five letters that can take down your company

If you’re a parent with kids of a certain age, you’ve probably heard of FLARP. It’s a disgusting, slimy putty that, when you pull it out of its container–or put it in–it makes a ‘fart’ sound.

FLARP was, conveniently enough for me, an easy way to remember many of the different ways that toxic workplaces can harm a company and its employees.

F is for Financial. You need look no further than names like J.P. Morgan Chase, or The Weinstein Company (Harvey Weinstein’s old firm), or Wells Fargo to wonder what the toxic behaviors that created scandals in those companies did to their bottom lines.  In the case of J.P. Morgan Chase and their toxic trader Bruno Iskil, the final cost was in the billions. The Weinstein Company? Sold for pennies on the dollar after Harvey stripped it of any value with his horrific behavior towards actresses.  Wells Fargo? Billions in costs because of a complete loss of standards and ethics (remember their fake accounts scandal?) driven by members of their leadership.

L is for Legal. The lawsuits.  The payouts. The hush money.  The discovery process that is almost always dragged into the press. It’s messy, it’s expensive and it’s embarrassing.  Of course, it’s also unnecessary in most cases if an organization can create a positive culture.  In one case alone, Davis v. Packer Engineering, a jury awarded $6.45 million to plaintiffs who alleged a hostile workplace environment–specifically focusing on ignored complaints of sexual harassment.  A slew of recent high profile suits have been filed against Fortune 500 companies–don’t expect that trend to slow down anytime soon.

A is for Attraction (and Retention of Employees). Can I interest you in working with a jerk?  No? You’re not alone.  In fact, in a March, 2015 Cornerstone on Demand study called ‘Toxic Employees in the Workplace, 54% of people were more likely to quit their job when they work with a toxic employee.

R is for Reputation.  When Wells Fargo’s scandal with fake accounts took place, their negative perceptions in the public more than tripled (15% to 52%) and they went from a not-so-hot-to-begin-with 70th ranking in Harris’s Poll of Corporate Reputation to 99th (out of 100) in 2017.

P is for a lot of things–Productivity, Psychological Well-Being and Physical Health.  In a 2007 study called ‘How, When and Why Bad Apples Spoil the Barrel’ in the publication Research in Organizational Behavior, Felps, Byington and Mitchell found that a single toxic employee can cause a 30-40 percent drop in productivity.

Regarding psychological well-being, some studies have shown nearly PTSD-like symptoms in victims of bullying.  Additionally, Dr. Alexander Tokarev of the University of Manchester Business School found that employees who were managed by bullies had a higher than average rate of depression and job satisfaction.

When it comes to the physical harm of the workplace, two studies stand out.  A team of researchers at the Stress Institute in Stockholm surveyed 3,000 men and studied them over ten years.  Of employees who worked for managers described as incompetent, inconsiderate, secretive and uncommunicative, a whopping 60 percent suffered heart attacks.  Those with positive views of their managers were 40 percent less likely than normal to have cardiac problems.

Stunning numbers, but not surprising results.

Many employers view toxic conditions as simply yelling, screaming and some clashing personalities.  Get it wrong and don’t address it? The problems can become lot like FLARP.  Disgusting, messy and embarrassing.

Pete Havel is a speaker, trainer and consultant on workplace culture and leadership issues.  He’s the author of “The Arsonist in the Office: Fireproofing Your Life Against Toxic Coworkers, Bosses, Employees, and Cultures.”