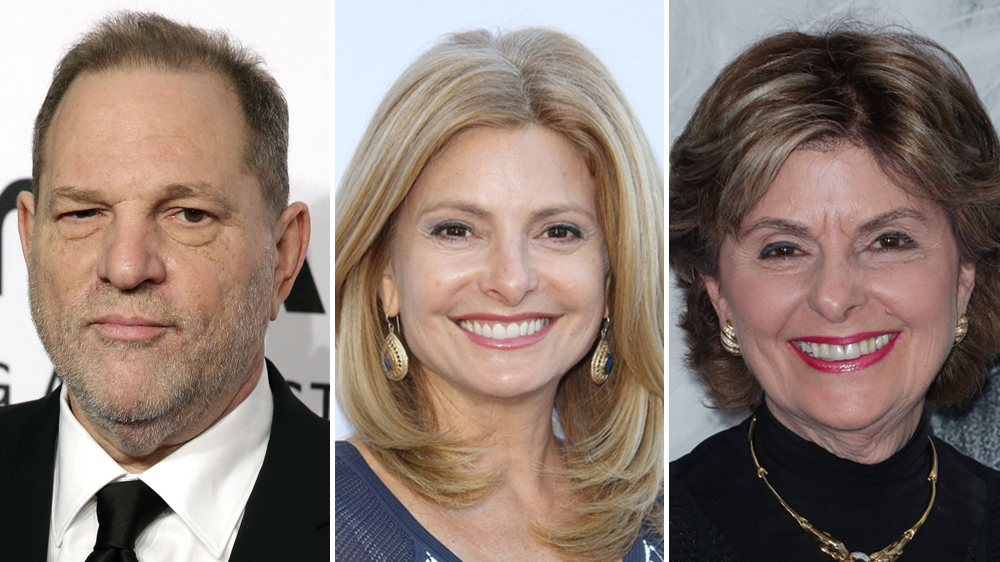 A New York Times article by Alexandra Alter today does a deep dive into the Harvey Weinstein #MeToo scandal via a new book by Jodi Cantor and Megan Twohey entitled She Said: Breaking the Sexual Harassment Story That Helped Ignite a Movement.  The article is worth a read for a number of reasons–both informational and cautionary.

The book provides new information on events that took place before the Weinstein, including apparent attempts by Harvey Weinstein’s brother Bob to intervene and stop his lecherous bro to former Weinstein Company Exec Irwin Reiter’s unsuccessful attempts to get someone up the food chain to do something about Harvey’s actions.

But it also sheds some light on a supposed guardian of women’s rights: Attorney Lisa Bloom.  Bloom loves the spotlight almost as much as her mother, famed attorney and  cable TV fixture Gloria Allred.

But maybe it’s time for victims everywhere to give greater scrutiny to whether they are receiving the counsel they deserve.

Allred had previously taken a 40% commission to craft a settlement with Weinstein back in 2004 over a harassment complaint. Commissions at that level are not unheard of.

But then in 2016, Bloom teamed up with Weinstein to become the attack dog for the harasser.  In a gameplan pieced together in the book, Bloom strategizes an effort to smear actress Rose McGowan.  “We can place an article re: her becoming increasingly unglued, so that when someone Googles her, this is what pops up and she’s discredited.” It’s the ‘attack the accuser’ play that has been heresy in the #MeToo movement.

At $895 per hour, Bloom has claimed that she took the payout from Weinstein in hopes of urging Harvey to do the right thing and apologize.

Of course, she did. A selfless act by Ms. Bloom–the advocate for women everywhere.

What this sordid behavior within the ranks of supposed victim advocates demonstrates is that, as I discuss in my book The Arsonist in the Office: Fireproofing Your Life Against Toxic Coworkers, Bosses, Employees, and Cultures, people making complaints about sexual harassment or anything else need to understand the culture of the organization in which they work AND tread carefully when dealing with people who claim to be advocates for your cause.

Internally within your company, before filing a claim of harassment, you should know exactly what you’re getting into.  Without showing your cards too much, you should research what happens to accusations and those who make them. You need to understand how your HR department operates, as they can receive pressure from the C-suite regarding whether problems are addressed or buried.  Knowledge is power and you need to be mentally and professionally prepared for the battle you are engaging in before you step up and file a complaint, much less file a lawsuit.

Never announce that you have ‘lawyered up’, as that move alone can paint a target on your back.

As with anything else, hiring someone to represent you may be a legal move for you, but it’s also a business opportunity for your attorney.  No matter what the problem you are trying to address from a legal standpoint, look for an attorney who is wanting to help you first and foremost.  There’s nothing wrong–and actually many things right–with attorneys who represent both sides in employment law. I sought the input of one in writing my book and he provides excellent counsel to everyone. But if you’re in a tough situation, you need to know that your case is being treated as an individual matter that isn’t part of other chess moves your attorney is making professionally. Conflicts of interest can occur in very specialized legal matters, but it’s best to do your due diligence and ask good questions of those you are paying to represent you exclusively.

Need more tools, tips, and tactics for dealing with the problems that arsonists in the office can cause? Need help to change your culture to something that improves productivity, pride and good behavior? I can help you.