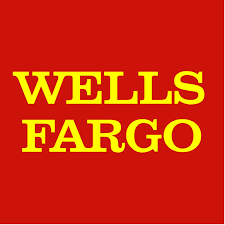 Ever taken the job nobody else wanted?

It was announced a few days ago that Charles Scharf, current CEO of Bank of New York Mellon and former CEO of Visa has been named the new CEO of Wells Fargo.

Whew.  After WF’s recent press clips and its numerous scandals and screw-ups, I don’t know whether Mr. Scharf deserves congratulations or condolences. He’s taken a job that, according to numerous reports, no one wanted.  It’s not that Wells Fargo isn’t a great company.  It is, but its challenges are enormous.

Wells Fargo has been troubled. That’s not to denigrate the tens of thousands of outstanding employees who work hard, operate ethically, and do right by their customers and their colleagues.  But, like a lot of great companies that have gone astray, they’ve had a serious run of high-profile problems.

Scandals. Cultural problems that led to crisis. Massive government scrutiny to the extreme. Terrible headlines and actions that have led to their own customers losing some trust.

Peter Drucker famously said ‘Culture eats strategy for breakfast’.  In my view and in my personal experience, bad cultures and the people responsible for making them bad can eat the careers of those who try to reform them. The troublemakers can fight back and when they do, watch your back.

What are the important things to do–whether you’re Charles Scharf or you’re taking on your own company’s cultural overhaul?

Here are 12 steps you need to consider when taking on a broken culture:

Everyone should root Charles Scharf on–for the employees of Wells Fargo, for its shareholders and its employees.  But also for every other leader who takes on tough but necessary challenges.

Pete Havel is the author of The Arsonist in the Office: Fireproofing Your Life Against Toxic Coworkers, Bosses, Employees, and Cultures, which is available on Amazon and through his website at www.arsonistintheoffice.com. He serves as a consultant, speaker, and trainer for organizations needing bold cultural transformation. He can be reached at pete@petehavel.com or 214-244-7906.