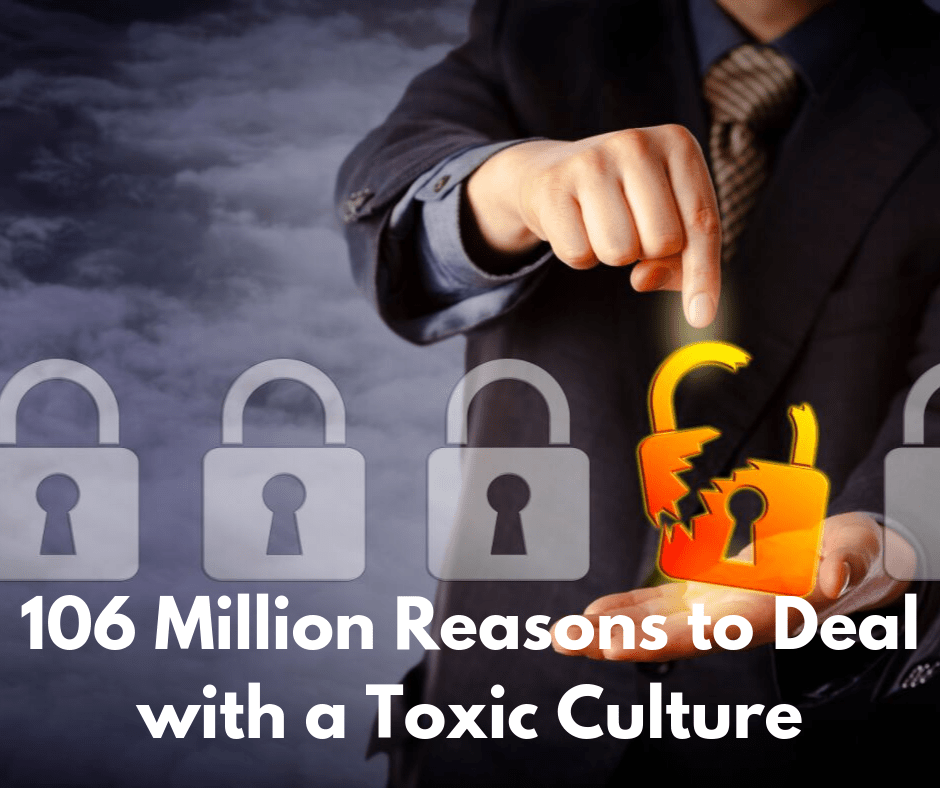 Is a Toxic Boss to Blame for the Capital One Data Breach?

Home » Blog » Is a Toxic Boss to Blame for the Capital One Data Breach?

Some people view a company’s culture as an afterthought. I have 106 million datapoints to change their minds.

Toxic people can drive us crazy, make us leave jobs we love, reduce the productivity of everyone around us, and now may be part of the reason for one of the largest data breaches ever!

If the new Wall Street Journal article by AnnaMaria Andriotis and Rachel Louise Ensign is accurate, a toxic leader and an apparent weakness within the Capital One culture helped create the atmosphere for a data breach now affecting 106 million people.

In my book, The Arsonist in the Office: Fireproofing Your Life Against Toxic Coworkers, Bosses, Employees and Cultures, I talk about the many ways a toxic environment can blow up a company’s previous successes, including:

But also, they can be prevented with the right type of leadership that requires good behavior and a positive culture.

According to the article, employees in Capital One’s acclaimed cybersecurity division spoke to company auditors, human resources, and top executives in the firm about a significant cultural problem: an allegedly toxic leader was driving the best and brightest of Capital One’s cybersecurity team out of the company and making life miserable for those who remained.

Prior to the recent breach, Capital One was viewed as being on the cutting edge of innovation and aggressiveness in finding vulnerabilities. But that had changed in recent years, according to the WSJ.

The article points out that cybersecurity staff instability problems started with the arrival of Michael Johnson in 2017 as Chief Information Security Officer.  Johnson, who previously served as Chief Information Office at the U.S. Department of Energy, immediately ruffled feathers.

Based on the information presented in the WSJ, what happened within Johnson’s department is a textbook picture of what happens in a toxic workplace environment, including:

The picture they paint describes someone I describe the classic ‘Arsonist in the Office’–the person that burns things down…careers, companies, and cultures.  And if Capital One knew about the issues within one of their most important departments and did nothing, there will be hell to pay: reputationally, legally and financially–in coming years.

My ‘fireproofing’ process that I discuss on talk radio, podcasts, and in front of Chambers of Commerce nearly every week calls for a real commitment to protecting the culture from every possible angle.  Having seen the destruction one major wrong move can cause that I discuss in ‘The Arsonist in the Office’, I understand like few people can what happens when leaders take their eye off the ball.

But too many leaders within companies don’t give their culture the attention and care it needs.

What can you and your organization learn from Capital One’s data breach?  That an organization’s culture is the one ingredient that can overwhelm everything else.  And whether it’s overwhelmingly good or an overwhelming problem is up to leaders. And if they don’t want to be the focus of questions from major newspapers after a huge P.R. disaster, they’ll face their people problems head-on.