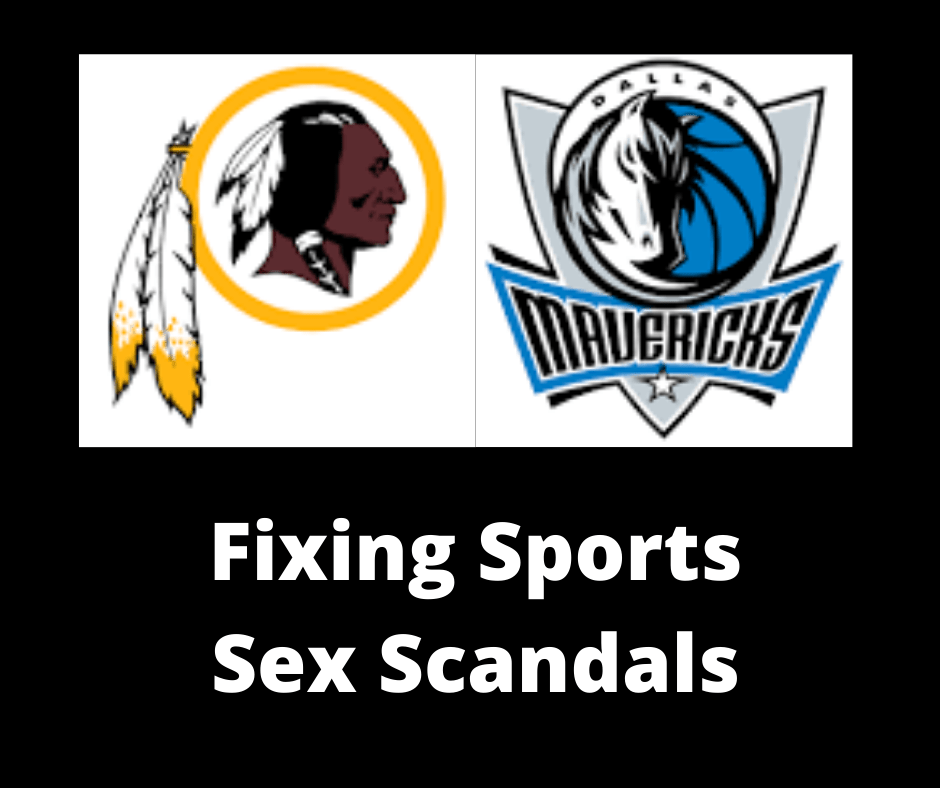 After that brutal mixing of sports metaphors in my headline, I hope I got your attention about something that might interest you from both a sports and life standpoint. Whether you’re a fan or you’re in a PTA, corporate boardroom, or team, culture matters.

But suggesting that the Washington Redskins–or whatever we are supposed to call them now that they’re changing the team’s name–act more like any team from Dallas is just asking for trouble. They’re the bitter rivals of the Dallas Cowboys.  But they could learn some lessons from the NBA’s Dallas Mavericks.

The ‘Skins were in the news this week not only for announcing they’re changing the team’s name, but also for a major sexual harassment scandal that was reported in the Washington Post re: 15 employees–former and current–who allege and often document a shocking–but not too surprising anymore–story of a frat house atmosphere in the team’s front office that left women crying at their desks, trails of creepy texts from team executives, and a culture that left female employees feeling degraded and disrespected.

The blockbuster story has some major similarities to another pro sports harassment scandal in the #MeToo era–the Dallas Mavericks harassment scandal–the biggest one being that both teams have larger than life owners–Dan Snyder and Mark Cuban–who had ignored or passively condoned what was happening inside the culture of their front offices.

And in both cases, some of the biggest ignorance of the obvious problems centered around not dealing with high-profile, productive employees–which is a common thread through nearly cultural breakdown. That is, leaders turn blind eyes to bad behavior because they value the productivity that the offender brings.  They also rarely have mechanisms in place to deal with people problems–manifested through weak HR departments who have little respect or enforcement tools.

I write about this all-too-common phenomenon in my book, The Arsonist in the Office, as leaders often ignore the serious problem of ethical, moral and legal violations by rogue, toxic employees because they profit from other aspects of their performance. It’s a destructive path that can often lead to disaster if not addressed.

In Cuban’s case with the Mavericks, he coddled the high volume sales guy who was dubbed the “Pants D.J.” (click on the story if you dare, but bring mental lysol along with you). Cuban reportedly threatened firing him for some surreal workplace behavior, but did nothing to stop the behavior from that point on.  His CEO, Terdema Ussery had been accused of harassment over his frequent talk of sex acts in the office. The head of H.R., Buddy Pittman, would ignore complaints or bully employees into silence when they faced harassment.  Earl Sneed, a beat writer for the Mavs, was allowed to continue his work, after a domestic abuse incident in which he assaulted another Mavericks employee. The public revelation of all of these incidents forced Cuban to overhaul his organization and culture.  He was reportedly hands-off in the cultural aspect of his organization previously and it showed.

It always happens. That is, if there’s a void in cultural leadership, something or someone will fill it…and it’s usually not in a positive way.  But Cuban was committed to changing the team’s ways–and he’s stuck to it.  And the changes have been dramatic and highly positive.

With the Skins, it appears that Snyder was largely absent from any role in his team’s culture, which is equally problematic. The Post story paints a picture of Snyder as someone who was missing in action, but either way never dealt with his well-known and highly productive perv problems like Larry Michael (the team’s longtime play-by-play announcer), Director of Pro Personnel Alex Santos and Asst. Director of Pro Personnel Richard Mann II.

Culture–good or bad–is the responsibility of the person at the top.  And if the leader is M.I.A. on setting the tone, bad things can happen.

On the flip side, if a leader takes responsibility for their culture and models and requires good behavior, great things can take place.  And create some amazing transformations too.

Dan Snyder’s first act to change the culture of the Skins should be to reach out to Mark Cuban and get his blueprint for change.

It’s what Snyder should do–and Cuban got done.

Dan, meet Mark. You two talk and let me know if I can be of help.

Pete Havel is the author of the bestselling book ‘The Arsonist in the Office: Fireproofing Your Life Against Toxic Coworkers, Bosses, Employees and Cultures’ , and is a keynote speaker, trainer and consultant for organizations seeking solutions to their cultural ‘people problems.’ Pete can be reached at 855-NO-ARSON or Pete@petehavel.com