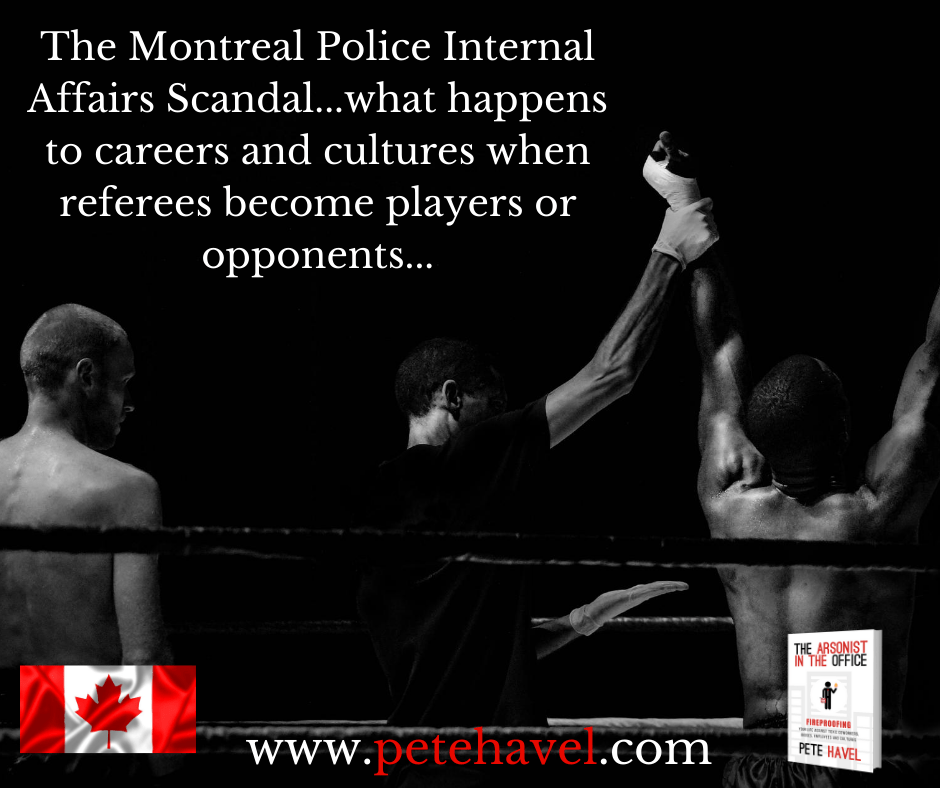 4 Montreal police officers have been criminally charged after an investigation into whether or not the internal affairs unit of the Montreal Police Department was rigging or exaggerating evidence against fellow officers.

The investigation started in 2017 after two police officers, Giovanni Di Feo and Jimmy Cacchione, claimed they were targeted with false evidence and charges after speaking up against corruption in the department.

It found that the internal investigations unit–the police who monitor the police–protected friends while targeting their enemies. In a description that’s tough to forget, the report described probes that were launched “out of biases tied to vengeance.”

The scandal led to the then-Chief, Philippe Pichet, being fired, but the scandal lingers.

And why does this matter to you?  Because the problems identified in this scandal take place in too many organizations today.

If you’re in an environment with any of the warning signs above, know that if you’re concerned, you’re at risk.  Those who are in toxic, broken cultures and raise a red flag of any kind can lose their livelihoods quickly.

And if you’re in leadership of a culture like the Montreal Police Dept. had and you’re OK with it, know that things can change quickly–and not to your advantage.

Chief Pichard? He lost his job. The corrupt internal affairs officers–now charged. And bad actions can catch up to anyone. If you want to turn things around, deal with your company’s issues and build a culture that’s ready for doing things the right way–that’s resistant to wildfires breaking out constantly and putting your job at risk–let’s talk about fireproofing your culture.  Reach out to me anytime at pete@petehavel.com or 855-662-7766