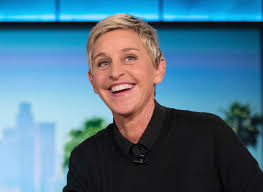 Leadership Lessons From The Ellen Scandal

How can a smart person act so badly and do things so stupidly. I have 5 leadership lessons from the Ellen  scandal that should matter to CEOs and wannabe leaders everywhere.

Ellen Degeneres has been a top talk-show hosts for years. She’s fun to watch. Has been very popular. And has been seen at the top of her game in the entertainment industry.

And with all of that, she may disappear from the airwaves soon because of a combination, depending on who’s being quoted, of her own bad behavior and the actions of those she placed in her Show’s leadership and willfully ignored. She’s in the middle of a scandal.

Claims that her ‘be kind’ motto is a sham, her employees were told not to make eye contact with her, and that some of her executive producers sexually harassed employees are being leaked daily.

It’s bad and, despite a recently announced renewal of her show for another year by Telepictures and Warner Bros. Television, it’s tough to imagine that the show will go on.

This sounds familiar, as we’ve seen it happen not only in entertainment, but also in business.

Ellen’s veneer has been scratched first and foremost because the image of kindness that people see from their couches every afternoon has been shattered. And once that image is gone, it’s nearly impossible to repair.

Every leader should learn 5 things from this incident:

And finally, under the right (but ethically wrong) circumstances, you could face a completely false attack from your employees.  An insurrection based on pay, power, prestige, jealousy, or vengeance for a review gone bad or a misplaced sense of justice.

This is not a backdoor defense of Ellen, but it’s my firm belief and experience that rogue leaders or employees can take a structurally sound process and use it for unethical and destructive purposes; e.g. the actions of ‘Hazel’, who I discuss in my book, The Arsonist in the Office: Fireproofing Your Life Against Toxic Coworkers, Bosses, Employees and Cultures

Hazel understood the weaknesses in the culture well and understood that the complaint process could be used to address grievances–or as a club to attack those who she viewed as adversaries.  She chose the latter–frequently, randomly, and brutally. And the culture refused to stop her.

In a recent case I heard of, a rogue member of a board of directors for an organization reached out to lower-level employees, offering promotions and raises if they would speak out against the CEO and silently halt all work.  Even the executive’s performance review was doctored–all in an effort to paint an ugly picture.

And the CEO was then faced with both a challenge from the outside and the perception and suddenly reality of unrest on the inside–and a compromised culture. Their organization had been seized in a silent coup. And eventually a successful coup, as the CEO was asked to leave weeks later. It didn’t take much

Not that it would have saved the CEO in this particular instance, but it’s vital for executives to protect their image and tell their stories as well as those of their organizations.  It’s just one more reason to show your value, demonstrate your values, and show you care.

What other leadership lessons from the Ellen scandal do you see?

If I can help you either improve your culture or protect your career, reach out.

What do you think?